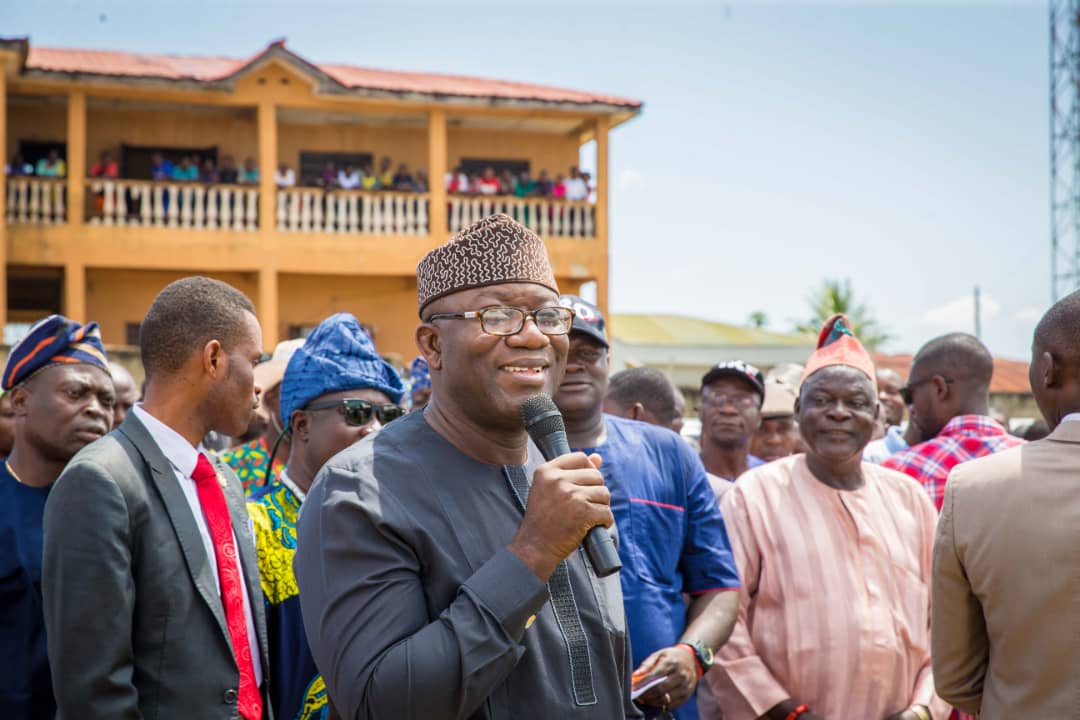 ….says backlog of salaries would be cleared within a year

Ekiti State Governor, Dr kayode Fayemi has told senior public servants in the state to stick to the oath of allegiance which they swore to by being loyal to the state government rather than to an individual.

The Governor also said that the backlog of salaries being owed different categories of workers would be cleared within a year, adding however that the new administration would not owe any worker..

Dr Fayemi stated this during a meeting with permanent secretaries, executive secretaries and general managers, where he received the handover notes by the immediate past administration from the State Head of Service, Dr Olugbenga Faseluka.

He cautioned that that there would be repercussions for any civil servants who refuse to comply with their rules of engagement.

The Governor urged the leadership of the Public Service to stand their ground in terms of work ethics; saying that he is ready to listen to professional advice and sound arguments that will serve the interest of Ekiti people.

“I am here to seek your support and collaboration. Be loyal to Ekiti State, not to me as an individual because the word “loyal” has been bastardised by politicians. Do your work in loyalty to the State.

On the backlog of gratuity and salaries owed workers by the Fayose-led administration, Dr Fayemi assured that his administration would ensure that the backlog of salaries are cleared within six months and one year as government can only expect optimum performance from workers when it does not shirk its duty towards them.

He stressed that he would not owe workers but would prioritise their welfare because the implementation of government policies and programmes depends on them.

Earlier, the State Head of Service, Dr Gbenga Faseluka, had presented two volumes of the handing over note prepared by the immediate past administration to the new governor. He also assured that the Public Service is “reasonably positioned and prepared to support the government to achieve its ambitions”.

The Head of Service who admitted that all is not rosy with the Public Service listed the challenges facing it to include irregular payment of salaries and fringe benefits, poor work environment, less involvement of the service in policy conception and implementation, and  non-payment of exit benefit especially gratuity among others.

The governor said  his government would soon look into the appointments hurriedly made by the past administration adding that the new administration would not keep anyone based on hurriedly prepared appointment letter from the Civil service commission.