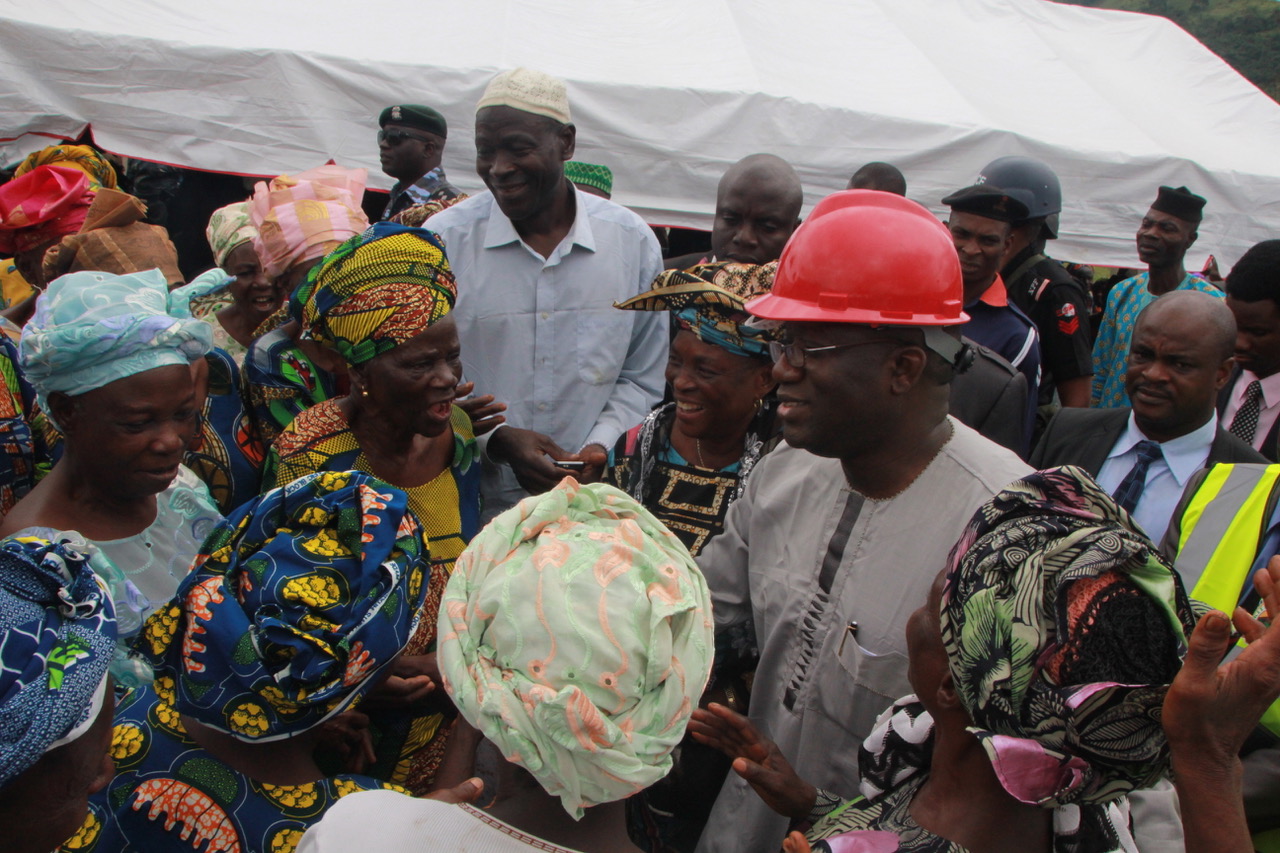 Between Unfinished Business and Devt in Ekiti 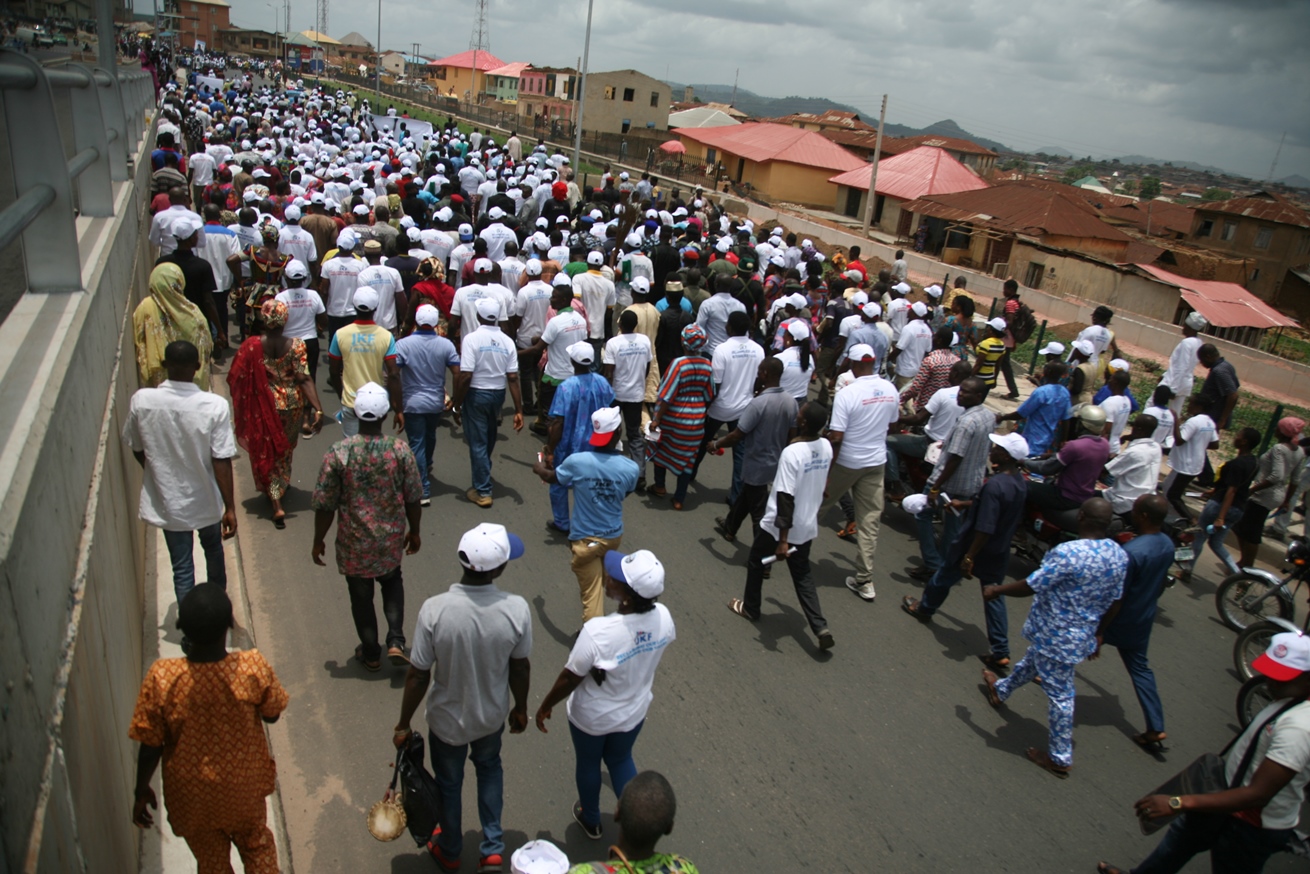 The governorship bid of the Minister of Mines and Steel Development, Dr. Kayode Fayemi, has generated so much hoopla among political gladiators in Ekiti and beyond.

While those who believed in good governance and the values the ex-governor of Ekiti State added to the state and the lives of the populace applauded the move, those who were opposed to it erroneously viewed it from a narrow perspective that it was geared targeted towards seeking vengeance against his political enemies, including Governor Ayodele Fayose and to also benefit from the state’s commonwealth.

Nigeria operates a constitutional democracy, whereby people are allowed to hold divergent views on issues. It is now time to put the narratives right, so that people can be accurately informed about who Fayemi is and what he represents in Ekiti.

The Minister didn’t mince words when he was declaring formally at his country home in Isan that he has unfinished business in Ekiti government house. Fayemi said the business he was referring to was based on his former achievements in Ekiti, over which he superintended between 2010 and 2014.

The manner by which Fayemi came into power in Ekiti and the way he lost re-election remained still remained mysteries in the annals of the country’s politics. The Minister assumed office through a long drawn judicial battle that lasted for three and half years between him and Engr. Segun Oni. Conversely, he also lost in a disastrous manner to Fayose in 2014, losing in all the 16 local governments as an incumbent. The two situations had put Fayemi in a special position in Nigerian politics.

Though, Fayemi lost the election in all the 16 local government areas, this did not erase his footprints on the sands of time. As an astute administrator, Fayemi had, at least, two projects in each of the 133 statutory towns in the state; aside from those executed in Ado Ekiti metropolis, where his legacy projects are being leveraged on to campaign for the July 14 governorship election.

Fayemi said he is contesting based on records and not out of ego or impression that he remains the best among the citizens of the state to occupy that exalted seat, and people are gradually believing him.

In actual fact, Fayemi’s records of service in his four years in the saddle of governance remain indelible. People, particularly those who campaigned vigorously and voted against him in 2014 are beginning to lick their wounds as a result of mediocrity being exhibited by his successor.

In a confounding manner, over 40,000 Ekiti indigenes have been removed from the economic safety nets established by Fayemi to reduce vicious poverty among Ekiti citizens. The people are no longer being treated with dignity and respect.

Today, Fayose had succeeded in making Ekiti people look beggarly, where those who were supposed to be on statutory benefits on monthly basis as governance deserves now queue in the Sun to get a congo of rice and N200 under the ill-fated and degrading policy called stomach infrastructure.

When Fayemi was superintending over Ekiti, he articulated his government under the acronym ‘8-Point Agenda’. This covered pivotal sectors like: Good Governance, Infrastructure and Human Capital Development, Integrated Health Sector, Tourism Development, Qualitative Education, Improved Agriculture and the Economy: These were systematically executed to the extent that no sector was left out.

It was based on merit through a well-supervised examination by consultants to be able to get the best. With this programme, the state can now boast of a civil service that can deliver in the task of governance.

With this restructuring, government spent less on consultancy services from private institutions and the state was able to increase its Internally Generated Revenue. When Fayemi came on board, the state IGR was paltry and abysmal. Through critical ingenuity and uncommon thinking, Fayemi was able to increase it from less than N100 million to as much as N550 million monthly. That accounted for why his government was able to pay salary regularly and attend to those programmes that can make Ekiti great in all spheres.

The Social Security Scheme initiated by the Minister in Ekiti, where poverty-stricken elderly people above age 65 got monthly stipends of N5,000 has become a household item in Nigeria. 25,000 Ekiti indigenes savoured this policy for four years, which helped in cushioning the effect of poverty and increased life expectancy.

Under the regime of Oni, Ekiti had the highest life expectancy in Nigeria, pegged at 47 years. Fayemi did not only sustain the feat, he improved it by jacking up the index to 55 years. The social security scheme played a prominent role in the actualisation of this.

Apart from those that were employed into the state civil service and tertiary institutions, Fayemi initiated the Youth in Agriculture programme popularly known as YCAD. 1,500 youths were empowered with several millions of naira to go into farming. Some veered into cassava farming, like Dr. Olu Aroge, who is now a millionaire farmer. Some went for fish farming, cocoa nursery farming, rice plantation, among others.

This was different from the other safety nets like Food Bank and Village Kitchens established to feed the people, which the present governor had converted into street stomach infrastructure that had demeaned and degraded the Fountain of Knowledge.

In the history of Ekiti State, Fayemi remained the best governor in the area of road construction. Under his government, every local government enjoyed five kilometres of road yearly and this lasted for the four years he was in the saddle. Fayemi dualised Atinkankan – Post Office – Baptist road in Ado Ekiti. He also laid asphalt on the dual carriage way from Ikere road – Ijigbo – Ojumose – Basiri.

He constructed the 12,000 capacity state pavilion along old Iyin road, the new governor’s lodge built on Oke Ayoba Hill in the government house, the uncompleted N2 billion worth civic centre, Ilawe-Erinjiyan road, Ado-Ijan-Ikare road, Ado-Iworoko-Ifaki road, to mention but a few. He completed the State House of Assembly that was initiated by Oni’s administration and the second phase of the state Secretariat in the capital city.

Upon assumption of office, Fayemi embarked on operation to renovate all schools. 800 public and primary and secondary schools cut across the 133 towns in the state were renovated. As a way of spurring the teachers to do more in the area of commitment to duties, Fayemi introduced rural allowance for teachers in the rural towns, so that people can be motivated to work in the remote villages. Again, he introduced core subjects’ allowance for teachers of Mathematics, English and Basic Science.

Realising that he was overseeing a state that has passion for education and with the people predominantly poor, Fayemi set up a robust scholarship scheme to help bright students up to PhD level. He also funded the state ministry of Education to be able to give bursary to students in tertiary institutions.

To cap it up, Fayemi gave over 16,000 teachers in the state laptop computers to boost their knowledge of ICT, while students in Senior Secondary School cadres also benefited from the gesture.

In a way that was different from the present government, his government ran free education up to secondary level, with government responsible for the supply of books to pupils to increase enrollment and reduce drop-outs in schools.

In the area of agriculture, Fayemi did very well. Over 60 per cent of the state population are involved in peasant farming. But under Fayemi, the game changed and he tried to change the psyche of the people that the times when hoes and cutlasses were being deployed for subsistence farming had gone. The YCAD programme earlier mentioned increased the state poultry and food productions to the extent that Ekiti had enough and was selling to neighbouring states.

The state government earmarked huge money to Ekiti State Agricultural Inputs and Supply, which helped in subsidising farm inputs to farmers to encourage them to go into expansive production, so that the state can go beyond subsistence level. Fayemi also revamped the farm settlements in Orin Ekiti via the YCAD scheme and he even had a portion of land in the area as his own personal farm.

Every year, the former governor encouraged cocoa nursery through the Ministry of Agriculture and over one million cocoa seedlings were given to farmers yearly. He facilitated over N2 billion using the connections of the then Commissioner for Agriculture, Mr. Jide Arowosafe from the African Development Bank to implement major intervention programmes in the farming sector. All these landmark policies have been abolished by a government without foresight and things are now difficult for the citizens.

In the area of health, over one million Ekiti indigenes enjoyed free healthcare services under Fayemi. Even those with major sicknesses like appendicitis and hernia were operated upon on the bill of the state government.

To ensure that all the citizens have unfettered access to good healthcare delivery, Fayemi renovated all the general hospitals across the state. A sum of N800 million was expended to renovate the 12 general hospitals to a standard form. He also built a new Accident and Emergency unit in Ekiti State University Teaching Hospital to attend to influx of patients to the tertiary health institution.

The governor then also partnered MTN for the donation of equipment worth over N20 million to the hospital, among which was a T-SCAN that the hospital could not purchase since 2008 it was upgraded to a tertiary hospital.

Fayemi was able to expand the scope in the sector and launch Ekiti to stardom through aggressive development of the state tourism potentials. The Ikogosi warm spring, where cold and warm spring met in Ikogosi was developed to a global standard, Fayemi spent a whopping sum of N2 billion to actualise this. The former governor raised the aesthetic value of the hitherto abandoned tourist attraction to the extent that it generated over N40 million monthly through visits by tourists and investors.

The former governor constructed modern chalets in the area to house the visiting tourists and this was concessioned to private sector to manage for Ekiti to derive the right benefits and this was achieved.

The immediate past government also invested in Arinta Waterfall and was making effort to construct a Helipad in the area to convey the people from the hilly point down the slope where people can have a full glimpse of the fall before election scuttled the dream.

With the foregoing, it was evident that Fayemi will indeed be running on good records. With the way Ekiti citizens have been pummeled by the present government through arbitrary cancellations of those laudable programmes, it is indeed true that Fayemi has unfinished business in Ekiti. The business is basically to bring back the good old days and make the people to take ownership of government.

To actualise this, APC delegates must divorce themselves from unwarranted emotion of whether someone had served as a governor or Minister in the past and concentrate their thoughts on who can actually deliver, for the task of reclaiming Ekiti to be a reality.