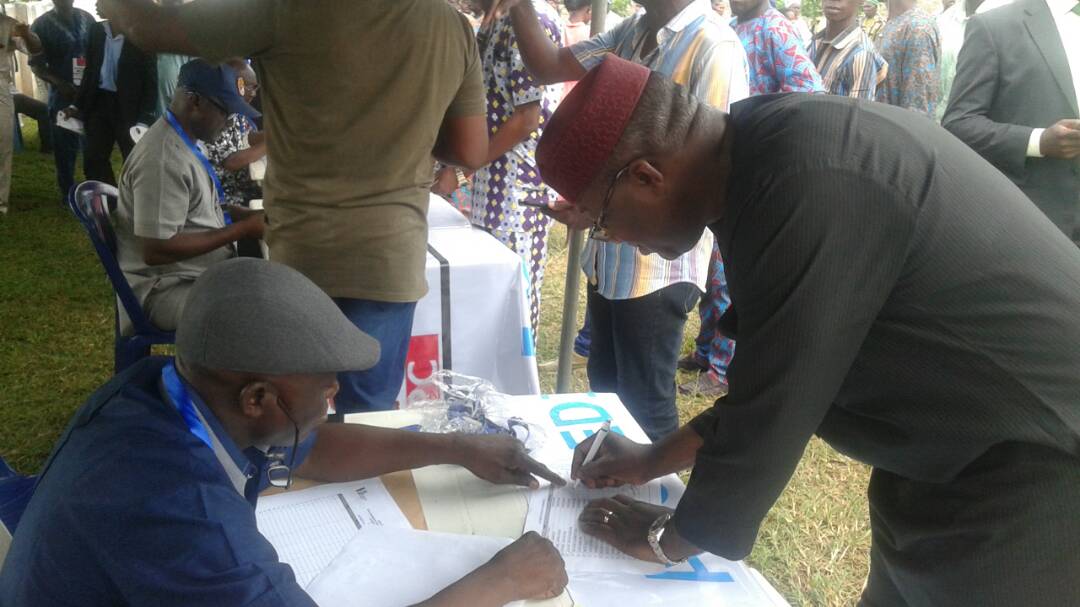 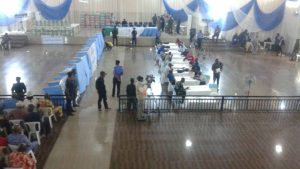 Ekiti primary venue of the election.

Ado-Ekiti, Nigeria, May 12, 2018: Voting has got underway peacefully in the rescheduled Ekiti State 2018 governorship primary of the All Progressives Congress (APC) in which 32 aspirants are contesting for the party’s governorship slot ahead the July 14 guber election in the state.

Following the peaceful and timely accreditation of 2,327 delegates, actual voting commenced at 1:06 pm with the 60 statutory delegates casting their votes first, and followed by the 35 other delegates made up of executive members of the party in the state.

Two of the former governors, Dr Kayode Fayemi and Engr Segun Oni are also contesting with other 30 aspirants for the APC governorship ticket.

The other aspirants include Senators Gbenga Aluko and Ayo Arise; former members of the House of Representatives Hons. Opeyemi Bamidele, Bimbo Daramola and Bamidele Faparusi; and a former Speaker, Ekiti State House of Assembly, Hon. Femi Bamisile, among others.

Voting by delegates on local government by local government basis has also commenced smoothly while the presence of security agents comprising personnel of the Nigeria Police, Department of State Service (DSS), Nigeria Security and Civil Defence Corps (NSCDC) and Federal Road Safety Corps (FRSC) ensured there is no breakdown of law and order.