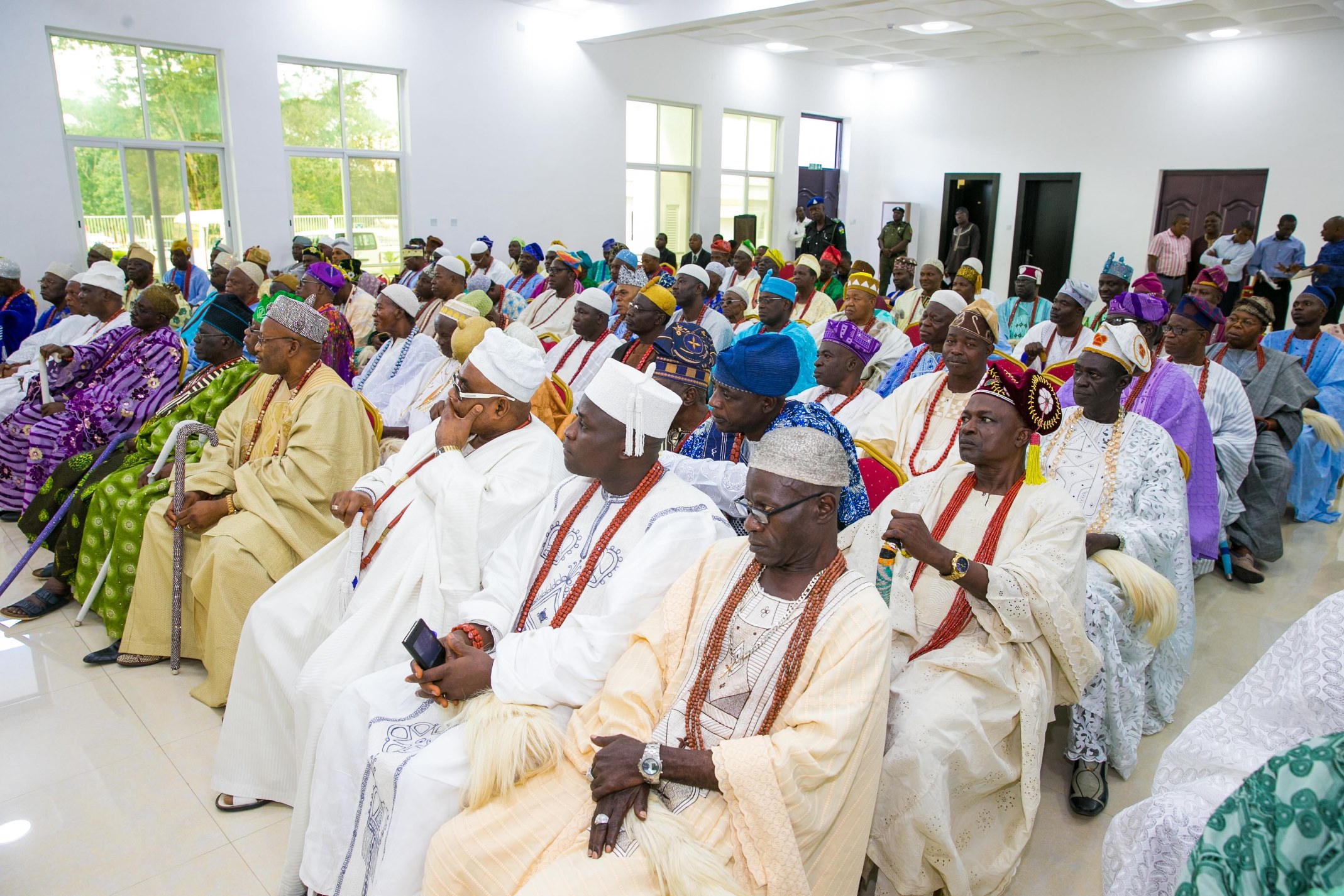 Traditional rulers in Ekiti State have appealed to the State Governor, Dr Kayode Fayemi, to revisit their welfare packages that have been bastardized in the last four years.

At a meeting with the Governor in his office on Tuesday, the traditional rulers narrated their ordeals during the last administration where their salaries were not paid regularly and their allowances slashed to 40 per cent leading to situations where some obas get sitting allowances as low as two thousand or  four hundred naira.

The Obas, led by their chairman, Oba Oluwole Ademolaju, the Oloye of Oye- Ekiti said it was unfortunate that custodians of the culture and tradition of the people could be treated in such a shabby and despicable manner where peanuts approved for them could not be paid while some people were living grandiose life style.

They called on the governor to be compassionate on them and return their rights and privileges that have been denied them in the last four years, urging that their plight be looked into within the ambit of available resources.

The Obas also used the opportunity to appreciate the governor for the cars he bought for them five years ago which is what majority of them were still using. They however lamented that about 13 obas who were crowned after the exercise were denied official vehicles by the Fayose government.

They gave kudos to governor Fayemi for giving over 120 cars to all Ekiti Obas during his first tenure adding that it was commendable and unprecedented in the history of the state and Nigeria at large.

Earlier, Governor Fayemi had solicited their support for his administration adding that government cannot move forward without the support of the traditional institution.

While assuring them that his administration would complete all abandoned projects before his tenure lapses, the governor promised to partner with them in his drive to develop the state as all projects would be based on the needs of the people.

He assured them of adequate security in all communities of the state by restoring the vigilante and further strengthening of the security forces and ensure better welfare for them adding that peaceful coexistence was the only antidote for development.

Fayemi said “I know that there are various projects also that my government started which relate to your various communities, in the course of my visits during the campaign, I noticed that many of those projects had remained at a standstill and your expectation is that having returned from my sabbatical leave that those projects should come to fruition and completed in the various communities where they are located.

“We would do our best to try and do an assessment of those projects in the shortest possible time and see how we can quickly effect its completion within available resources. We would try not to leave any project abandoned.

“I have only been here for ten days and in the course of that we have had some skirmishes here and there, I am glad that Owa of Ilogbo is here with us and in one peace, I don’t know whether you have returned to your community, but if you have not, we would have to ensure that you get back there.”

Owa of Ilogbo Ekiti was recently barred from entering his domain as a result of a disagreement that happened in the town.

On road network, the governor assured the people that very soon, roads leading from Ado-Ekiti to Akure and Ikare Akoko both in Ondo state would be fixed by the Federal Government.

Fayemi also hinted the Obas of plans by his administration to invest massively in agriculture, urging the traditional rulers to key into the programme.

He also promised to effect the release of their entitlement within the ambit of available resources.