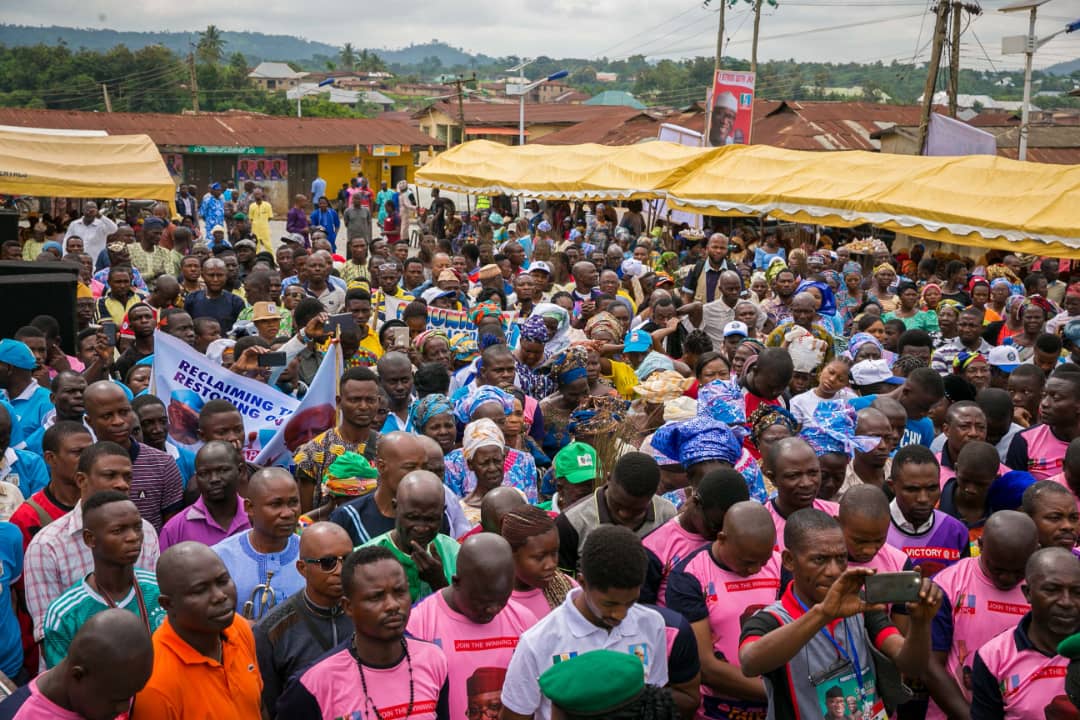 A statement by the Director of Media and Publicity, Wole Olujobi, slammed the governor for turning Ekiti State to a jungle where decent behaviour has no place in political conduct.

“It is regrettable that Fayose is everyday painting Ekiti State in his own image of incredulity where decent conduct is thrown overboard for political expediency.

“For declaring holiday today for workers to attend a political rally, besides subjecting Ekiti State to  ridicule among Nigerians, that decision shows clearly that Fayose has lost the support of his party members, thousands of whom defected to APC in recent times over alleged greed, indecent conduct and selfishness.

“The choice of the venue of the rally on a major highway is instructive, as it became clear that he would not be able to muster enough crowds that would not betray him as a spent politician.

“We sympathise with the stranded students that were lured to the rally only to be left in the lurch immediately the rally was over to face their pitiful fate.

“July 14 is here. We urge Ekiti people to vote for their freedom by voting for Dr Kayode Fayemi, a man of vision that can be trusted with power and resources of the state.

“Ekiti people must end the era of selling Ekiti patrimony to foreigners who in the last three years enjoyed exclusive rights to government contracts.

“Ekiti people must end the era of sufferings and lies by voting PDP out to end continuity of hunger, want, deceit and lack of focus to face Ekiti State development challenges to enable Ekiti people live like decent people.”