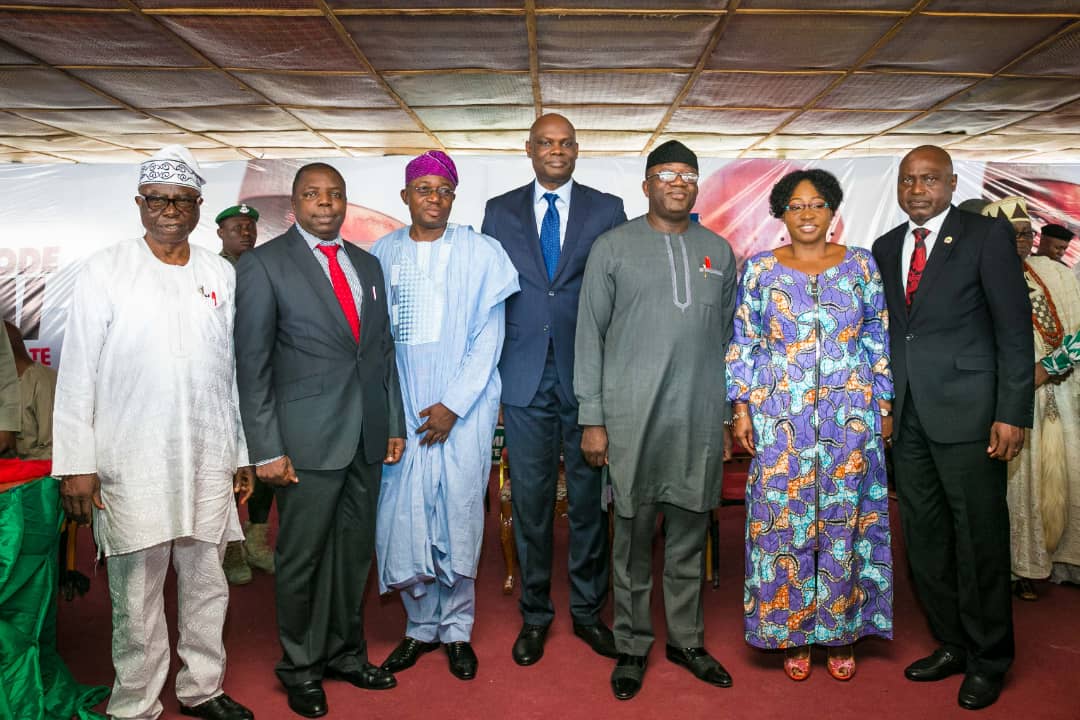 The Governor of Ekiti State, Dr Kayode Fayemi, on Monday inaugurated four new members of the State Executive Council with a charge on them to immediately swing into action and offer their best to the people.

Speaking at a brief ceremony held at the Osuntokun Pavilion, Government House Grounds, Dr Fayemi said the new cabinet members were appointed based on their track record, expertise and experience, and as such they must immediately settle down in office and inject new ideas to reinvigorate and re-energize government machinery to the overall benefit of the people.

Addressing the appointees, the governor said their immediate mandate was to correct whatever needs correction as well as discharge their duties with fairness courtesies to everyone.

The governor said, “You will recall that at the inauguration of this government, I made a declaration of our cardinal programmes to be anchored on the four pillars of Social Investment; Knowledge Economy; Infrastructure and Industrial Development; and Agriculture and Rural Development. I therefore wish to admonish the newly inaugurated appointees that much confidence has been reposed in them and what is expected of them is total commitment and dedication to Ekiti state and the attainment of these four cardinal programmes.

“We must all work together to make genuine efforts at reclaiming our land. By the time you resume at your respective offices, you may discover alarming facts of the current state of affairs. I urge that you must swing into immediate action to correct whatever needs correction as a admonish that you must discharge yourselves with fairness courtesies to all and sundry.

“As you are inaugurated today with your different portfolios, let me hasten to tell you that high performance is expected of all of you in the discharge of the duties of your various offices, particularly considering the peculiar situation of the state.”

Fayemi used the occasion to assure everyone that the process of appointment was a continuous one adding that all strata of Ekiti community would be represented.

Responding on behalf of the appointees, Omoleye thanked Governor Fayemi for finding them worthy to be part of a robust administration, assuring that they would key into the vision and mission of government and offer nothing but the best to move Ekiti forward.