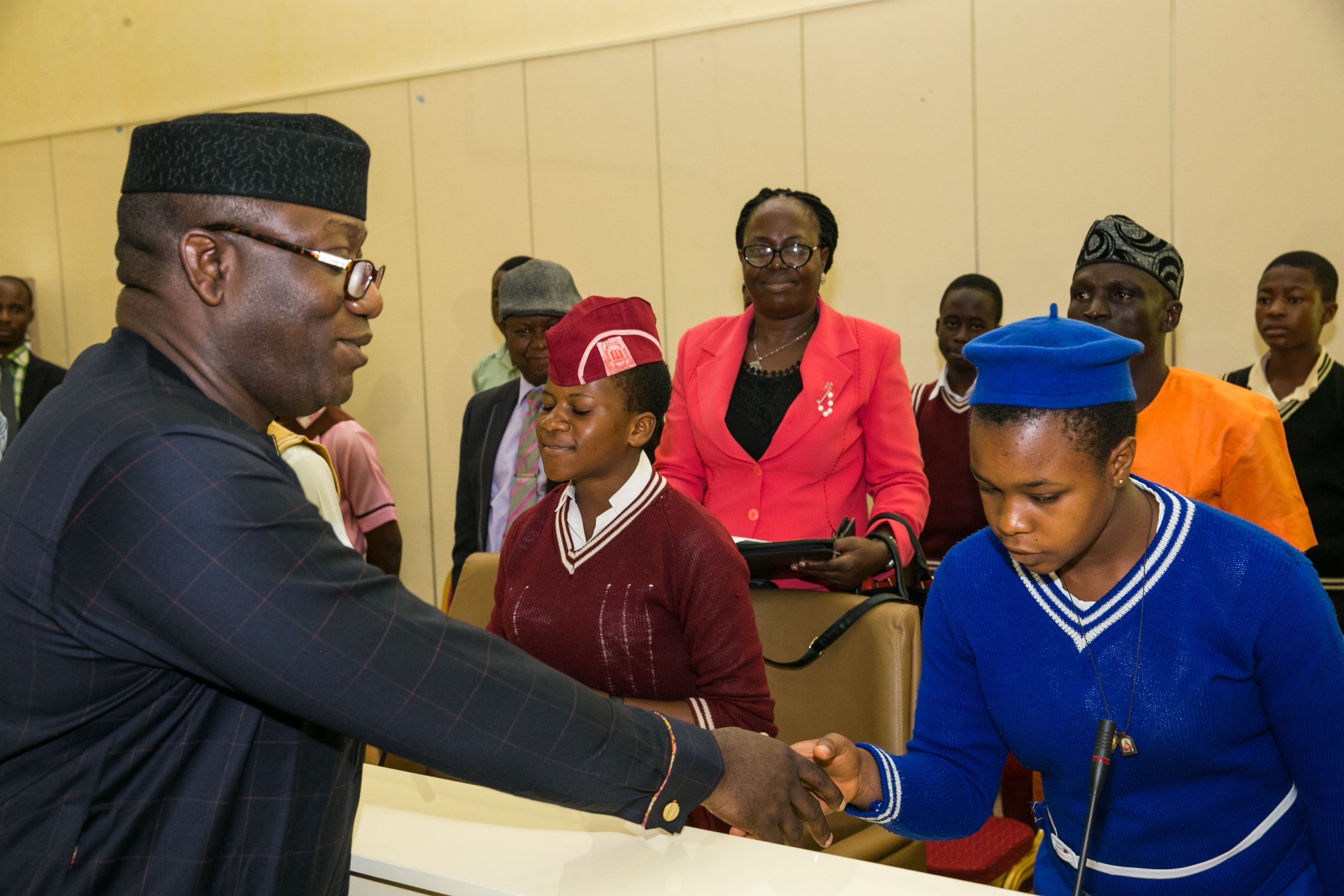 Governor, Dr Kayode Fayemi has issued an executive order revoking education levies in primary and secondary schools in the State.

The Executive order 001 of 2018 which was signed by the Governor in Ado-Ekiti on Wednesday, takes immediate effect.

The signing of the executive order was witnessed by the leadership of the Nigerian Union of Teachers (NUT); Parents Teachers Association (PTA) and students of some public primary and secondary schools.

The executive order, according to the Governor, further demonstrates the commitment of the administration to free, compulsory and uninterrupted access to formal primary and secondary school education throughout the state.

Dr Fayemi said through free education, the State Government is set to curtail the growing number of school drop out in primary and secondary schools.

The Governor said his administration considered it necessary to effectively implement the educational reform at the earliest possible time to safe education in the state.

He said the order has made it unlawful for any government agency or local authority to impose a levy or any fee for purposes of education in any primary and secondary school in the state.

He added that while schools are allowed to collect voluntary donations from parents or old students associations, no student in the state public schools should be denied access to classrooms for failing to pay such voluntary contribution.

“It is a violation of the Universal Basic Education law to deny a child the right to education simply because his or parents could not afford the fees or levies being charged.”, the governor said. He also directed the Ministry of Education to issue a circular to all schools on the implementation of the order.

The Governor reassured teachers in the state of regular payment of their salaries and allowances.

He also announced the approval of N200 million to take care of car and housing loan requests by teachers, which were pending at the Ministry.

He directed the Permanent secretary in the Ministry to put in necessary documents for the  commencement of disbursement of the loan on first come first served basis.

He said only well motivated teachers can mould excellent students. He pleaded with the teachers and other stakeholders in the education sector to show more commitment to the progress of the students, assuring them that his administration would provide necessary support.

“As we set to motivate the workers, we need you to also take the work a lot more seriously because our children are our future.”. He said.

The governor reiterated that the main focus of his administration was to prioritise knowledge economy which is aimed at making the difference between Ekiti and other states adding that government would be compassionate and sensitive to the best ideals of our democracy and development.

Responding, the state NUT Chairman, Comrade Samuel Olugbesan, commended government for scrapping the education levy which he said has increased the number of school drop out in the state. He also thanked the governor for the approval for the N200 million for teachers car and housing loans.

Olugbesan assured government that teachers would be more committed and dedicated to their duties since government has decided to make their welfare a top priority.