How Ekiti Election Was Won and Lost 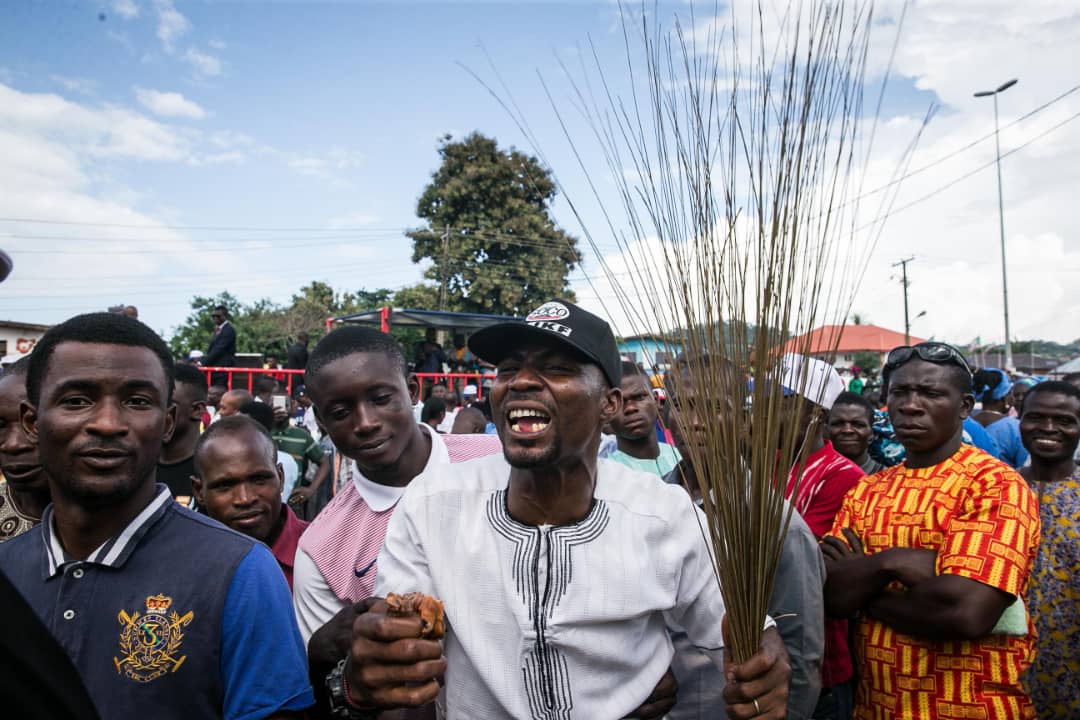 On Saturday July 14, 2018, Ekiti State trod a familiar path in the state’s political  journey. The people elected Dr. Kayode Fayemi as the governor to administer the affairs of the state and guard their collective destiny for the next four years. Fayemi had earlier governed Ekiti between 2010 and 2014.

It is a familiar path because this is not the first time the electorate would reelect a former governor. In 2014, they elected the incumbent, Mr. Ayodele Fayose, in a similar way, making people to think that the state is not in any way averse to recycling leadership.

Before the election, several permutations were propounded by many political pundits that it would go the way of  Olusola, because of the towering political status of Fayose in Ekiti. Fayose commands people’s respect having defeated Otunba Niyi Adebayo and Dr. Fayemi while they were incumbent governors in past elections.

Though, Saturday’s election has come and gone, the outcome would continue to be a subject of discourse for a long time. As we speak, many are still confounded by two things: One, seeing Fayose, who they fondly describe as generalissimo of Ekiti politics losing to the APC, even in his local government. Again, people are still surprised by the way Fayemi, who was trounced four years ago in all the 16 local governments bounced back and received the votes of those that earlier rejected him.

Many factors  influenced the outcome of the election. They include: political platform, political war chest, defections and personalities.

The outcome of this election was largely determined by the influence each political party could muster. This actually swayed votes in favour of the more dominant parties.  Fayemi contested on the platform of APC, the party that controls the centre. Apart from the fact that he enjoyed strong backing of President Muhammadu Buhari, his chances were boosted by the hostility between the presidency and Governor Fayose, who had invariably been acting like the leader of opposition in Nigeria.

Fayose had severally issued scathing statements condemning President Buhari for alleged ineptitude and for allegedly running a  deceitful government. Looking at the trend, the presidency never really joined issues with Fayose since he became a strong voice against the Buhari-led federal government. So, this election offered a veritable opportunity  for Buhari  to take the fight to his doorstep.  Some opined that  the seeming enmity necessitated the  massive deployment of security personnel numbering 40,000  in Ekiti. Looking at the configuration of the security architecture for the election, police had 30,000 personnel while army and other security agencies had 10,000,  for the state to be well fortified to allow the electorate to exercise their franchise without fear of being molested or attacked.

Like in previous elections of 2003 and 2014,  the deployment of security gave advantages to the party that had control over the security agencies, in this case APC. Fayose and his party, PDP, didn’t enjoy these privileges. In several polling units, the strategy of sharing money-for -votes worked better for the party that controls the federal  government. While both parties bribed voters with money,  the PDP did it with fear of arrest. That was not the case with the APC perpetrators.

Though, the two dominant parties; APC and the PDP have the financial strengths to prosecute the election, the APC was better equipped in this area. APC controls  about 22 states and the party was resolute to take back Ekiti to set a template and test the waters for 2019 general elections for President Buhari.

In actual fact, the APC governors funded Fayemi’s  campaign heavily. In fact, the governor of Kogi State, Yahaya Bello, was said to have relocated to Ekiti days before the election.  Though, governors of the PDP did their best to ensure sufficient funds were made available to PDP candidate, but  there financial commitments could not match that of the APC governors and the support of the presidency which viewed Ekiti as a litmus test for Buhari’s reelection bid.

A look at the campaign structures ran by Fayemi, would show that it was highly decentralised and spread across the local governments, wards and unit levels in such a way that the funds released to oil the political structures and woo  the  electorate percolated deeply to the grassroots, unlike the PDP’s that was built around a personality – Fayose, who was not even on the ballot.

The APC savoured unexpected cohesion before and during the election. After the May 12 primary, where 33 aspirants participated, it was expected that  there would be implosion in APC. The aspirants had expected Fayemi to be  magnanimous to allow one of them to fly the party’s flag while he remained as minister. Senator Babafemi Ojudu, Hon.

Bimbo Daramola and other APC chieftains belonged to this school of thought. After Fayemi grabbed the ticket, he stooped to conquer. In a prompt display of political wizardry, Fayemi  brought Hon. Opeyemi Bamidele, who was seen as a stabiliser  to his side. He was also humble enough to beg other contestants who could rock the boat, like  former Governor Segun Oni,  Mr. Kayode Ojo and Hon. Bamidele, who came second, third and fourth in the primary. All these worked out and there was no single defection in the rank of APC. This unity of purpose accounted for the spread the APC’s victory attracted in Saturday’ election. It won in 12 local governments as against PDP that won in four.

While APC was basking in unity, the PDP became fragmented due to Governor Fayose’s perceived arrogance. He drove all those that were against Olusola’s candidacy out of PDP.  Former Minister of Works, Prince Dayo Adeyeye, who contested against Olusola left the party. He became livid due to the way he was shabbily treated by the governor and no effort was made  to placate him. Other reliable lieutenants like former Commissioner for Public Utility, Mr. Deji Adesua, three members of the State House of Assembly – Sunday Akinniyi, Ebenezer

Alagbada and Gboyega Oguntuase – and ex-Special Adviser to Fayose, Demola  Bello, and many others too numerous to mention  left the party in anger. Even a serving Senator, Mrs Fatimat Raji Rasaki, defected from PDP days before the election.

All of them coalesced efforts  and structures with Fayemi to achieve the election result that humbled Fayose.

An analysis of the election results showed that Governor Fayose only won convincingly in Ado and Ikere Ekiti where he had personal influences. But the strongholds of  his former lieutenants and political associates were lost woefully.

Largely, unity of purpose really helped the APC in the election.

Even though Fayose backed Olusola, he remains a neophyte in Ekiti politics. He forayed into Ekiti political hemisphere four years ago when he was brought from the academia, where he was working as  Professor of Building Technology at the Obafemi Awolowo University, Ile Ife, to be Fayose’s deputy. For Fayemi, Ekiti is a familiar terrain, having been navigating the bumpy roads since 2006. He is rugged and also used to political struggles. He fought Segun Oni for three and half years before retrieving his mandate in 2010. He also waged another battle in 2014 but lost the lection to Fayose. Fayemi has been minister and was highly involved in the Buhari Campaign Organisation in 2015 presidential election,  so he understands the dynamics of politics, particularly as its relates to Ekiti.

Taking cognizance of these, it won’t be out of place to say that Fayemi has a towering personality than Olusola.

Again, if  Fayose was removed from the political game and Fayemi and Olusola were allowed to flex muscles for votes in Ekiti, Fayemi will definitely have a field day. He has been tested and trusted. In his first term, he executed projects in all the 133 towns in the state. When he lost election in 2014, Ekiti electorate didn’t say Fayemi failed to get re-election owing to ineptitude and non-performance. His failure was caused by political naivety and friction with civil servants.

The voters knew his competence, which they found incontestable. All these factors and more contributed to Fayemi’s victory in the election and the facts are there to support these assertions.

This article was first published in This Day