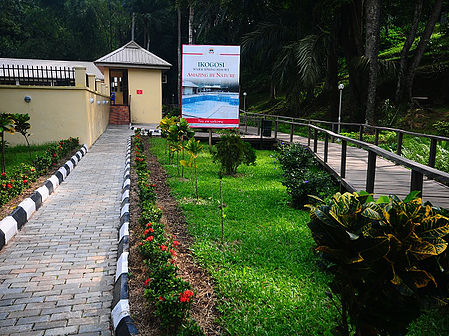 If not Fayemi, who else? 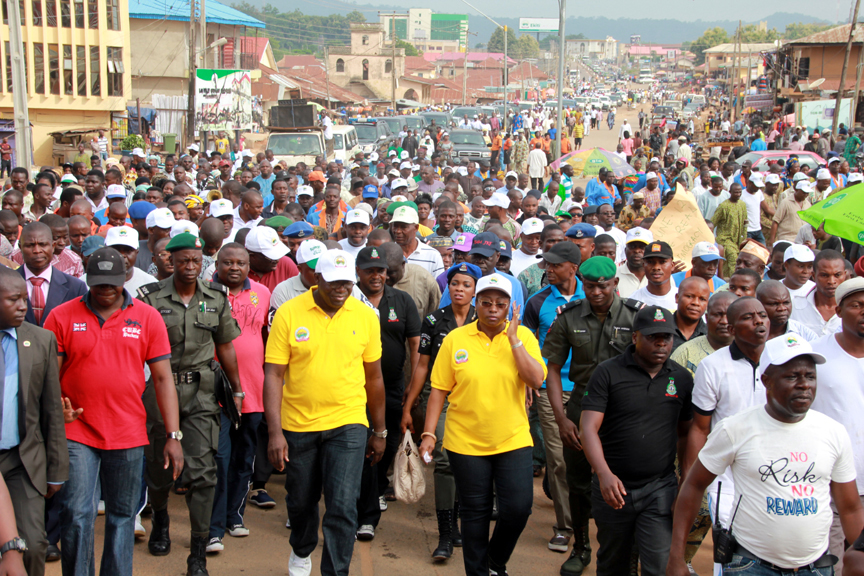 Democracy thrives on mass participation, equal opportunity and unfettered access. It is therefore trite that the right to contest election by any citizen can only be abridged by a valid order of a court of record. As elementary as this seems to be, many anti-democratic elements, or, if you like, pseudo-democrats have embarked on the most repulsive, if not obnoxious, campaign to abrogate the right of Dr Kayode Fayemi to contest as a freeborn, in a country he spent his youthful years fighting for, when many of his current traducers were nowhere to be found in the trenches when it mattered.

The “don’t contest” sloganeers anchor their thesis on a faulty hypothesis that Dr Kayode Fayemi is an “offensive” political brand that can’t win election in Ekiti. They buttressed this ridiculous fallacy with the inglorious outcome of the now less-than-credible election of June 21, 2014. They mock derisively, what they termed 16-0! As far as these funny analysts/haters are concerned, the only mountain standing between APC and victory in July, if the election holds as scheduled, is the participation of Fayemi in the election and to cure this fallacy, is for Fayemi to stay away from contesting or supporting a candidate. Ironically, almost all the candidates would wish they have him behind them.

Now, it would be stupid to live in self-denial of the fact that many people outside the party also strongly hold this view. In fact, there is a school of thought that believes Fayemi should live Ekiti for it anti-development politics of wine and dine, alias stomach infrastructure. This writer belonged in this group, until recently. There are genuine friends who feel that God has more than compensated JKF with his towering political influence within the polity at all levels. They believe Ekiti is not really worth it as he is better served and satisfied as a minister of the federal republic where his astuteness can be better appreciated.

This group is largely made up of concerned friends who believe the outcome of 2014 was an enlightening referendum on the values of the typical Ekiti electorate. They believe that reform-minded and modern thinkers like Fayemi could hardly survive in a state where the narrative is still largely about fruits and not trees that bear the fruits; where shadow is longer than substance and theatrics the order of the day.

However, the argument and the conviction of Fayemi have been that the outcome of that election had little to do with the Ekiti people as anti-modernists. He believes, and stubbornly too, that the Ekiti people are sophisticated, educated and progressive in orientation to reject development and untainted public service. He obdurately holds to the conviction that the outcome of the election is a faulty data on the electoral behavior of Ekiti people. He argues vehemently that if there was any usefulness to the election, it was that it provided an insight into how democratic process could be subverted by an organized electoral pirates who worked to enthrone a regime of anomie in pursuit of a Hobbesian fiefdom that Ekiti has become. He, therefore, believes that given another context of electoral contest, the Ekiti that he knows values brilliance, character, intelligence, diligence and service. He is therefore running to prove the pundits wrong.

As simple as this seems, an army of internal opposition has risen within the party. From one media house to another, the only singsong has been “anyone but Fayemi”. They are determined to ensure that their Joseph won’t redeem his dream. Depending on whom a person is supporting, there is a narrative out there that JKF is the one that would deny APC victory by participating in the primary election. This set of people seemed to have concluded that contesting against him within APC is an academic exercise that leads to a redundant outcome. They know, even when they lie to themselves, that Fayemi holds the ace in the party. He has remained the major financial of the party and its visible patron. Being the last major office holder within the party, he remains the one with the highest command of loyal followings within the party. He has an unrivaled visibility, political capital, influence (within and outside the state) and name currency among the gladiators. Worst still, most of those competing against him or supporting them, were people who rode on his back to land their political breakthroughs. Thus, they are intimidated by his sheer imposing political credentials. This reality seems to be running some distressed, defeated and disoriented before the race ever kicks off. They are running amok. They are running gaga. They are running silly. One must therefore has a generosity of introspect to understand their frustration.

One can therefore ask as to what is the basis for the false narrative that anybody else can be governor, except JKF? Who are the so-called better candidates and what is their electoral pedigrees? Who among the so-called “popular” candidates have won election in Ekiti before? Let us randomly interrogate some of the notable challengers and their pedigrees. This is without prejudice to their persons. This is not an attempt at de-marketing; it is an objective assessment of the available data as of now. Indeed, the people here are well qualified and capable to do the job competently. What is at debate here is what evidence of previous electoral standings make them more popular than JKF as currently but dubiously being mainstreamed in the polity.

Chief Segun is perhaps the one that enjoys the bliss of positive electoral valuation by some self-appointed political auditors. They have robed him in fine lines and saintly cassock, and garlanded him with the diadem of unrivaled electoral solvency. But this is as fraudulent as it comes. To start with, Chief Segun Oni, a successful engineer and a perfect gentleman has the unenviable record of consistent electoral misfortunes. He came third in the 2006 primary that he contested with Yinka Akerele and Professor Segun Ojo. Well, it took the magical wand of Chief Olusegun Obasanjo to rig him in shamelessly, by imposition. He went further to be the beneficiary of the historically unforgettable electoral heist that has never been seen anywhere else in this nation. The 2007 governorship election was rigged in his favour and it took a harrowing three years of judiciary inquisitions before he was duly removed. To his credit, he did majestically well in some respects, especially in education and road construction. Ironically, he also had some of the worst record of leaving Ado-Ekiti with dilapidated roads and school unrest in UNAD and College of Education, Ikere. So, where is the basis for the current romaniticisation coming from? If Oni who lost election and fraudulently rigged same could be accepted, why is Fayemi’s gentlemanly loss of 2014 election a big deal?

Another person whose supporters has promoted as being the crown prince is Senator Babafemi Ojudu. He is a fine gentleman, a veteran journalist and a die-in-the wood human rights activist. As a senator, he did well in his job. Sadly, he was generally misunderstood, hated and derided then. He was grossly unpopular among party members and the general public. I listened to many party members complain to no end that he was one the problems of Fayemi. It was thought that the public transferred the aggression against him to Fayemi who was not going to replace him if the latter had won in 2014. Senator Ojudu acted contrary to his known boldness and courage in 2015 when he declined to seek a re-election to the senate. He took this wise decision because he had been consistently booed at public rallies by party members, thus, he was very honest with himself to have withdrawn from the contest. Therefore, what is the basis for anybody to say Fayemi is unpopular and therefore should not contest or be given the party ticket but that Ojudu can win for the party? How is Senator Ojudu more popular than JKF? The election that took him to the senate was conducted when JKF was governor. Without any prejudice to his reputation, as he also came well recommended, it is a fact that Fayemi won that election for him. I can’t understand how he is now the rose and Fayemi, the thorn!

Let us take Hons. Opeyemi Bamidele and Bimbo Daramola together. In the case of Hon. Bamidele, he fought a gruel electoral battle to prove he was more preferred than Fayemi. In spite of all appeals to him, he refused and contested on another platform. He was sincerely convinced that he was more popular than JKF. Well, the available record as at today remains that he had 18,000+ votes while Fayemi had 120,000+ at the end of that contest. What has changed since? It is noteworthy to recall that the votes from two LGAs he represented that took him to Abuja when he had Fayemi’s backing was almost 60,000.

Meanwhile, the highly charismatic Congressman Bimbo Daramola was the Director General of JKF 2014. He lost in his ward and LGA. The general reality of this loss was because of military invasion and electoral manipulation. Today, the DG who couldn’t secure a win in his community that he served honestly by donating a cottage hospital among others, also believe he is popular enough to win for APC, even though he also lost to return to the House of Reps in 2015. Now, if all these people all lost elections and are contesting to test their strength, why is a JKF contesting so contentious and  objected to?

As a matter of fact, many of those campaigning against Fayemi and claiming he is not fit to contest election, because of a convoluted 16-0 also lost elections to return to House of Assembly, House of Reps and the Senate! Interestingly, their election came eight months after JKF had lost. The same electorate who rejected Fayemi also rejected them and there is no evidence to show that the electorate were stupid or blind not to know the difference.

Indeed, the incumbent governor, Mr Ayo Fayose lost a senatorial election in 2011 to Senator Ojudu. When he came out in 2014, we mocked him that a man who couldn’t win a senatorial election wanted to return to a sit he had to run away from. Fayose, as at 2013 was a persona no grata in Ekiti. In fact, his ward chairman refused to reregister him into the PDP. Other candidates ganged up against him and called for a consensus, he requested for a primary. Somehow, the man who was having multiple charges of murder, conspiracy, embezzlement, money laundering etc. was voted as governor and currently in office

So, what has Fayemi done that is worse than what all politicians are accused of? Is he the first to lose election and stage a comeback? Did Buhari not lose three times before a win? Did Kwankwaso not fail to win a second term but later re-contested and won? Was Akeredolu not called electoral invalid and a political bad weather? The PDP mocked him in the most derisive contempt as “customer daada ni”. Today, he is the governor. They now know better that no man is God to speak with finality on the future of another man.

Furthermore, should any of the contestants gets the party ticket today, the JKF achievements as governor remain the major posters to sell? After all, even his harshest critics attest he remains unrivalled in terms of policy and program execution. His performance has never been the issue but some personal shortcomings.