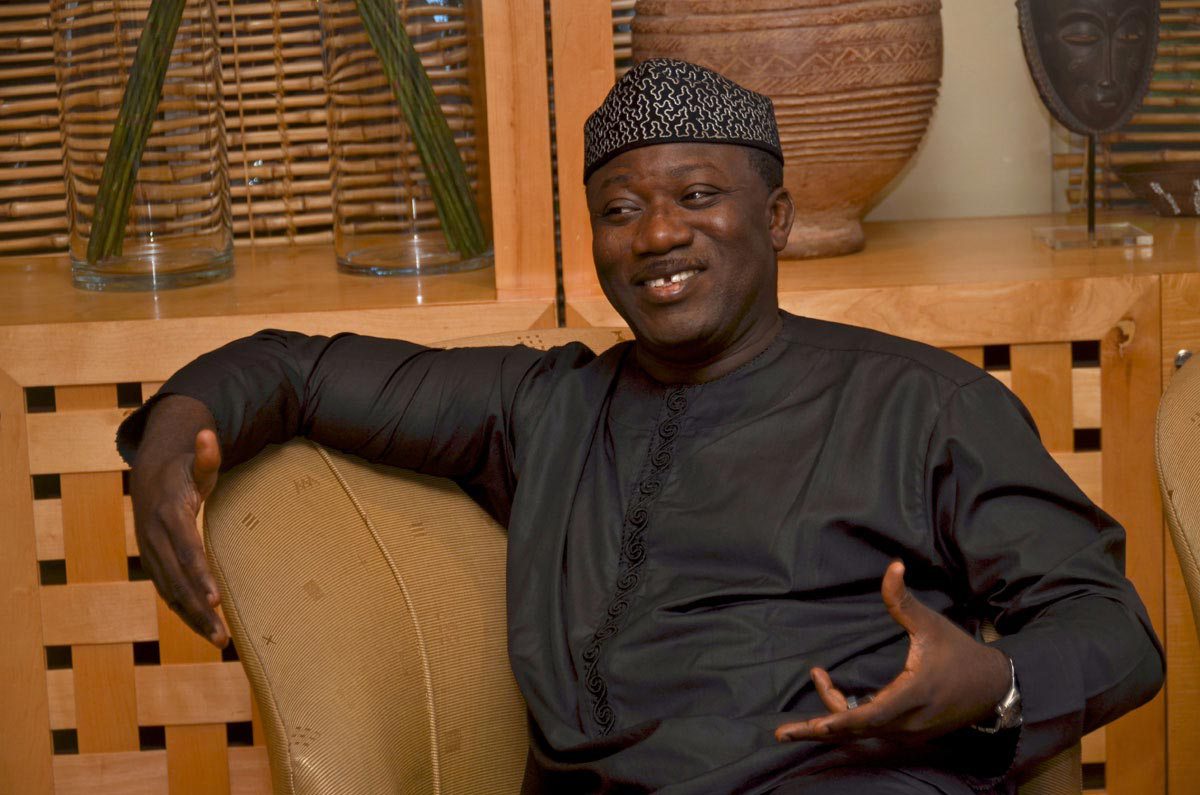 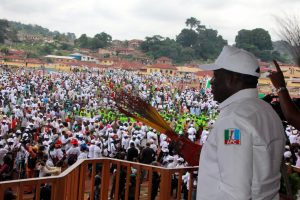 Minister of Mines and Steel Development Dr Kayode Fayemi, moments after he emerged winner of the All Progressives Governorship primary, says his victory belongs to all Ekiti people who desired a change.

The APC standard bearer in the July 14 governorship election said the successful conclusion of the keenly contested APC primary, is a further proof that political power resides with the people.

The Minister also lauded the doggedness of the co- contestants in the governorship primary stressing that he would be counting on their support and wisdom in the main contest, notwithstanding the acrimony that characterised the primary election.

“In all electoral contests, tempers often rise and nerves are frayed. I therefore humbly appeal to all my supporters, and to my co-contestants and their supporters, to let go of past differences as we forge ahead to a new dawn.

“The first major step is the immediate setting up of the candidate advisory council, comprising all the co-aspirants.”, he said.

In the statement signed by his Special Adviser on Media, Mr Yinka Oyebode, Dr Fayemi said he was humbled by his emergence in the contest.

“What we have witnessed today, is one of the essential elements in the electoral cycle in any democracy – the exercise of the collective will over the aspirations of many.

“It has been a hard fought contest and I am extremely humbled that our delegates have counted me worthy, once again, of the honour of bearing the banner of our great party. This victory is not mine alone, it belongs to all Ekiti people who desire a greater tomorrow.

“The free, fair and transparent process we have witnessed today is a testament to our great party’s democratic credentials that guarantees a level playing field for everyone aspiring to high office. This is a feat we must all be proud of.

“But the battle has only just begun – the contest to Reclaim Our Land and Restore Our Values. The fight to ensure our great party comes out victorious in the July 14, 2018 general election.

“Without a doubt, Ekiti is in critical need of rescue. It is imperative that we urgently commence the task of purging ourselves of the bad reputation we have earned in recent years and restore good governance to the state.

“Instead of continuing the quest for freedom from ignorance, disease and want, what we have seen is a paradigm that deepens captivity to these ills. In short, the last four years has called into question all that we stand for as a people. The timeless values of honour, dignity, nobility and civility encapsulated in the Omoluabi ethos have been eroded.

“We must resume the march to break the yoke of ignorance that keeps our people down; liberate them from ill-health and other limitations that restrain them from achieving their potentials; and break the stranglehold of poverty which keeps people from living full creative lives.

“I would be counting on all my co-contestants to share their wealth of experience, ideas and knowledge in furtherance of our collective desire to make Ekiti great again”.